MCO Made Me Watch Bad Movies For Fun: Ngangkung | The Full Frontal
Skip to content

Bad movies are an oxymoron. Sometimes movies are so bad that you can’t look away from them.

I’ve always had an attraction to bad movies. Mainly because to me, they’re subjective. Maybe Twilight could be a good movie to you. Or any of the Human Centipede movies but I find them completely atrocious and would rather gouge my eyes out with a rusted spoon than watch any of those movies again.

So we all agree that we have different tastes, right?

Let’s find out if my taste in bad movies is the same as yours.

This movie came out 11 years ago. I’m doing a review now because this is the introduction to my very first “Bad Malaysian Movies I Watch For Fun Series”.

Quarantine has made me a sad, sad person and I wanted to fill that void by watching movies with bad ratings to actually see if they deserved them or not.

I could’ve made a review about Hantu Kak Limah or some other movies along that franchise but I’ve already seen them before and I didn’t want to be repetitive.

Ngangkung is an act of summoning spirits to get 4D numbers. You’re supposed to bring an object that the bomoh asks for in return to call upon spirits that could give you the numbers you need to win the lottery.

Directed by Ismail Bob Hashim and released in 2010, the movie itself did not get that good of a review.

I’m being generous. IMDB rated it a 4.7/10. Which is pretty fair, considering the plot holes. So since the review’s that low, I figured I’d give this a shot.

The Gist of the Movie

For those who plan to watch Ngangkung for some reason, consider this your spoiler warning!

The movie revolves around three friends who wanted to be rich by winning the lottery.

We get introduced to two thirds of our trio in the beginning of the movie as a bomoh or a witch doctor is performing a sort of ritual in front of a well, accompanied by two men; Tasneem, played by Azad Jasmin who is an office worker of sorts and Wan, played by Angah Raja Lawak who is a lorry driver that apparently owes a lot of money to loan sharks.

We get to meet the last brain cell of the group, Azim, played by Shaheizy Sam the next day when the other two men were complaining that the ritual was a bust.

Azim’s supposed to be the more level-headed one in the group, judging by his neutral facial expression and his disregard to them claiming that he should have come with them to meet the bomoh.

Azim brushes them aside, saying that what they’re doing is illogical and drives back home to his wife and kid. He seems to have a sort of strained relationship with his wife. She keeps questioning him why he can’t find a new job, why he sticks with his old one that barely pays off their loans. He listens to her but doesn’t comment much but you can see from his dry expression that the cogs in his head are turning.

He finally agrees to his friends’ pleas of going to the bomoh but only as an observer because he was still sceptical about the whole thing.

The film talks quite a bit about the implications of Ngankung. Mainly about it being frowned upon by the muslim community because it’s a sinful act. Although it’s a little bit funny that none of the men in the movie seems bothered by it being a sin more so than them being bothered by their wives catching them in the act.

Fast forward to the whole thing not working and went back to their daily lives. Azim and Wan work together and Azim had to take over Wan’s job because he was in the hospital after getting a fright from a ghost that his two friends couldn’t see, which is one of the many strange things about this movie.

The people who have succeeded in this Ngangkung act and believe in its power can apparently see ghosts.

I don’t know, man. The movie didn’t offer any explanations as to why some of them can see ghosts while the others couldn’t.

I have a question, though. What’s the english word for a witch doctor who’s a man? A wizard?

He appears to recognise Azim and tells him that it was fate that led Azim to him.

The bomoh gave him an ugly red scarf that allowed him to see numbers for the 4D in order for him to win. So with his new found gift, he used that to his advantage and won a whole lot of money.

He immediately went to work on how many things he could buy and splurged on food. His daughter was absolutely okay with it but his wife less so. She questions him on where he got the money and refuses to touch anything he puts on the table.

In the midst of all this happening, there was a random scene about abortion and how it’s wrong. A doctor explained how much it would hurt to have an abortion and explained in great, graphic and extremely illogical detail on how abortion works using ladles and barbecue forks.

He also urged the couple to keep the baby, which I don’t think is ethical for him to do but this movie has not made sense in a while, so I’m just going with it.

In the end, with the power of realisation, Azim and his brain cell buddies decided to not Ngangkung anymore.

Tasneem having lost his baby in the process (I’m not 100% sure why because they just brushed it off as it being the way of life), Wan being beat up by the loan sharks that he borrowed money from and Azim, in a fit of rage, after seeing his daughter touch his beloved scarf, slapped her across the face.

Which completely made him come to his senses and recognise the error of his ways minutes before the movie ended. Better late than never, I guess?

It ends with the three friends having repented and going to a mosque to pray their sins away.

Should You Watch It or Not?

I don’t know what else to tell you about this movie other than it being quite entertaining but the plot was basically running on a string. If the movie’s objective was just to be lawak bodoh, then it succeeded.

Shaheizy Sam is the only thing that made this movie a teensy bit tolerable. Which, if I’m being honest, is also the only reason why I wanted to watch this movie in the first place.

I’ve always been a Shaheizy Sam fan and I’ve watched a majority of his movies but there are parts in the movie that made me indifferent towards his character. This goes for the others as well. Because I’m telling you, after watching the whole thing, the characters feel two dimensional to me.

Recommendation: Overall, If you’re into movies that are just fun and plain dumb, this movie could be for you.

If you want to give it a shot, I make no promises that it won’t disappoint you.

If it’s not your cup of tea and you prefer something a little more psychological or deep, you can check out Aku Bukan Gila that talks about dealing with mental health and the stereotypes that come along with it. 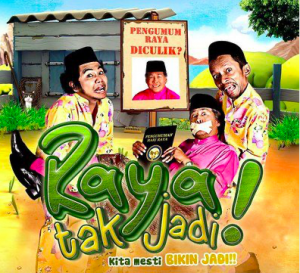 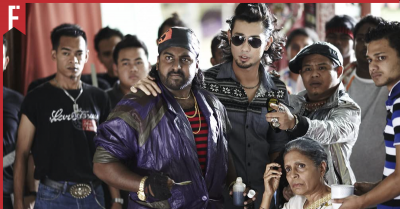 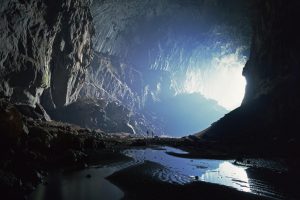 UNESCO? U Must Go: 5 Destinations That Every Malaysian Should Visit 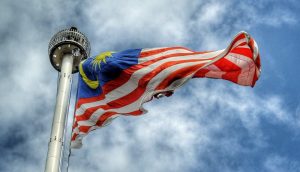 Changing the Nation: Do the Youth Need to Take a Stand?