Nature is Healing, But Why Are Our Forests in Danger? | The Full Frontal
Skip to content

In July 2018, there was a showdown in the thickly forested hills of Gua Musang, Kelantan.

Tensions between the native Temiar community and logging companies came to a head, with blockades set up to stop the loggers from encroaching into their ancestral lands.

Desperate to protect their way of life, the Temiar rebuilt their blockades again and again despite resistance from logging companies, local authorities, and even Musang King durian plantations.

“This company is planning to plant 1,000 acres of Musang King durian trees in the jungle close to the Temiars settlement and on their ancestral land,” wrote renowned lawyer and Orang Asli activist Siti Kasim.

She added that the durian plantation company was using “aggressive methods” in order to break down the blockades, including threatening the Temiars with firearms. “They brought ghost lorries to bulldoze the blockade but luckily the driver got cold feet in doing so.”

This was not the first clash between Orang Asli and logging companies, and it certainly won’t be the last. Our nation is blessed with an abundance of natural beauty, yet over the years they have been coming under greater threat.

I’m sure you’ve seen plenty of viral “Nature is Healing” posts over the past few months. During the otherwise bleak quarantine months, there were plenty of viral pictures and videos showing how the absence of humanity has allowed animals to flourish, usually accompanied by all sorts of cheerful taglines such as “We were the real virus all along”.

Even in Malaysia, there have been reports of wildlife seeming to wander out of the forest, with videos of elephants and tapirs roaming around the eerily empty roads while all the humans are stuck at home.

Yet, despite many people’s assumptions that the MCO has been a net positive for the environment, the truth is that our forests are in more danger than ever before.

Located in Terengganu, the Belara Forest Reserve is surprisingly close to the state capital of Kuala Terengganu. Covering 4,588 hectares of land, this forest contains a variety of unique and endangered wildlife such as Great Hornbills and Dusky Langurs. These vulnerable creatures are just part of the rich and diverse ecosystem residing within Belara… and they are now under threat.

Recently, the Malaysian Nature Society (MNS) raised the alarm after their members noticed poachers exiting the forest reserve with trapped animals, as well as a newly built logging camp.

As it turns out the Belara Forest Reserve has been officially degazetted. This means that nearly 4,588 hectares of land have been left unprotected… a fact which many logging companies are happy to take advantage of.

This Isn’t the First Time Something Like This Has Happened

Back in February, the Selangor Forestry Department revealed a proposal to degazette 930 hectares within the Kuala Langat North Forest Reserve (KLNFR) area. This caused much dismay among locals and nature lovers alike.

“KLNFR was gazetted in 1927 and it was about 8,000ha,” said Global Environment Centre (GEC) director Faizal Parish. “Since then, about 90% of this has already been taken away for development and now the state government is planning to destroy what is left.”

He pointed out that KLNFR was mostly made up of peatland and low land forest, which could store up to 10 times more carbon per hectare compared to other forest types.

“It functions as a natural terrestrial carbon store… if the development of KLNFR went ahead, it could release 5.5 million tonnes of carbon dioxide, contributing to local as well as global warming and climate change problems,” Faizal explained.

The local residents aren’t too happy about the situation either. There are over 2,000 Temuan Orang Asli living in the area, many of whom were forcefully moved here back in the 90s when their original homes were bulldozed to make way for KLIA.

“After rebuilding their lives, now there is a threat that can take away their livelihoods once again,” said Faizal, who pointed out that the Orang Asli community were doing their best to survive in a sustainable manner, including setting up groups such as the Sahabat Hutan Gambut Kuala Langat Utara (SHGKLU) in order to rehabilitate the forest and reduce the risks of forest fires.

Why Are Malaysians Losing Their Natural Heritage?

Simply put: Money. And lots of it.

According to the Malaysia Timber Council (MTC), the National Forestry Act 1984 lists five types of permanent reserved forests: production, protected, research, education and amenity forests. Out of these, logging is permitted in production forests, with annual allowable cuts set by the government to minimize deforestation.

In other words, there are actually rules in place to prevent too much rainforest from being cut down. Under the 11th Malaysia Plan (2016-2020), the MTC reported that the peninsular allowance was 41,888ha/year, Sabah 50,000ha/year and Sarawak 155,000ha/year.

In theory, if this level of cutting should be sustainable, allowing our natural environment to flourish without hampering our economy. Unfortunately, even the best laid plans can be sent astray.

Last year, the state withdrew concessions in permanent forest reserves, causing an outcry among logging companies. Said logging companies then turned around and promptly demanded an RM1 billion compensation bill unless they were provided with replacement logging areas.

“These replacement forests have to be a production forest, as defined and allowed by the Forestry Department under the law,” said a statement from the menteri besar’s office, which emphasized that while the state did not plan to open up any more logging areas, they would allow companies to harvest ‘production forests’ as a replacement. “If we don’t do this, the state government will have to face court action and demands to pay compensation to the logging companies.”

The massive bill was a shock to many, including former MB Mukhriz Mahathir, who said that the compensation amount should not have been so huge.

“Where did this RM1 billion figure come from?” he asked. “I had said during my exit speech that the new Kedah MB should not reopen logging concessions. Now, the MB seat is not even warm yet, and we are open for logging again?”

With such large amounts of cash being thrown around, it is any surprise that there are plenty of greedy individuals who are more interested in cutting down everything they can rather than preserving our natural resources?

However, Such Reckless Disregard For Nature Has Consequences

Over the past few decades, natural disasters have been on the rise. In December 2019, massive floods wreaked havoc on the East Coast. Over 15,000 people were evacuated into relief centers in Kelantan and Terengganu as the teh-tarik colored waters caused many districts to be cut off from each other.

Floods are an annual issue on the East Coast, but the problem is that they have been growing stronger and stronger over time. Many experts believe that deforestation is partly to blame.

“Tropical rainforests are known to provide a host of valuable services that include regulating climate and air quality, preventing soil erosion, storing carbon, flood prevention and agricultural support to name a few,” pointed out the Malaysian Nature Society, who added that natural reserves like Belara also played an important role in supporting local agriculture.

“The forest provides major agricultural pollinators, among them birds, bats, bees and butterflies, to name a few. Without these naturally occurring pollinators, agricultural practices will collapse. If the forest disappears, the economic foundation of the surrounding areas will also crumble.”

Preserving What We Can

Fortunately, our government is well aware of these issues. Over the past few years, new, stricter laws have been set up to help protect our natural environment.

“We have been working hard in order to make sure that the forest that we have is still intact and there is no further deforestation,” said the minister, who added that the government was using high tech techniques such as satellite images and drones to monitor its forests. “We have introduced (draft) laws whereby if you’re caught in the jungle, you have got to have a reason why you are there.”

However, alone, even these measures will not be enough. If we want to protect our forests, we Malaysians must change our mindsets to focus on preserving rather than exploiting our nation’s natural resources. If we do not learn to appreciate what we have today, we may not get another chance in the future.

Exploring The Treasures in Our Backyards

As the MCO comes to an end, many of us are eager to get out of our houses once more. After months of being cooped up inside, there are plenty of people planning to go out and enjoy themselves.

However, instead of going on expensive vacations overseas, why not pay a visit to the wondrous places in our own country? Whether it’s a camping trip, a hiking trail, or even a visit to a waterfall, our forests are filled with beauty, with plenty of activities available for all the family

While the MCO hasn’t been the environmental miracle that some were hoping for, the temporary absence of humans has given Mother Nature a chance to shine and stretch her wings a little. Click HERE to learn about some of the positive changes that have occurred in our environment over the past few months. 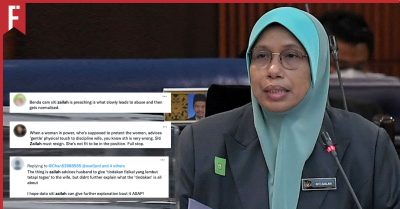 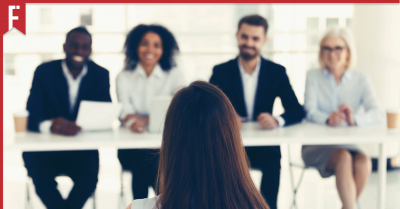 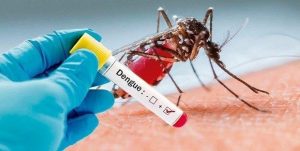 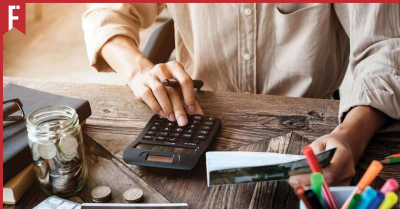