3 Terrorist Attacks in Malaysia You Didn’t Know About

On this day, the United States of America suffered the greatest single loss of life in recent history when a group of al-Qaeda terrorists hijacked four planes in mid-flight.

Their plan was as simple as it was devastating: to crash each plane into a prominent American building. It was a suicide attack meant to kill thousands of innocent civilians.

The first plane crashed into the North Tower of the World Trade Center in New York at 8.46am.

17 minutes later, the second plane hit the South Tower. Both 110-story towers collapsed, causing massive damage in the middle of a crowded city.

The third plane crashed into the Pentagon (the headquarters of the American military) at 9.37am.

At 10.03am, the fourth and final plane crashed into a field in Pennsylvania. It was the only one that failed to hit its target (either the White House or the U.S. Capitol) as the passengers fought back and diverted the flight off-course while trying to regain control of the plane.

The 9/11 attacks was the deadliest terrorist attack in modern history.

It caused 2,977 deaths, over 25,000 injuries and at least $10 billion in infrastructure and property damage. In its aftermath, countries all along the globe began tightening their laws in order to prevent any similar attacks.

The United States began its War on Terror by invading Afghanistan after they refused to hand over al-Qaeda leader Osama bin Laden. US forces would remain in the region for 20 years, spending thousands of lives and trillions of dollars in an attempt to ensure that such an attack would never happen again.

Halfway across the world, Malaysians reacted with shock and dismay at the 9/11 attacks. But as time passed, most of us simply moved on with our lives.

After all, as tragic and terrible as it had been, nothing like that could ever happen here, right?

Well, yes and no.

On one hand, Malaysia has never (and hopefully will never) seen a terrorist attack on the scale of 9/11. On the other hand, that doesn’t mean that we’ve never seen any terrorist attacks at all. In fact, there have been quite a few attacks that happened in living memory!

We’ve all heard about the mysterious disappearance of Flight MH370, but did you know that this wasn’t the first Malaysian airplane disaster?

But what was supposed to be a quick 40 minute trip soon turned into a nightmare. As the flight approached the runway, pilots Captain G. K. Ganjoor and First Officer Kamarulzaman Jalil sent an emergency message to air traffic controllers about “unidentified hijackers” that were attempting to take control of the plane.

Shortly afterwards, the pilots were forced to cut off all communications after the hijackers successfully broke into the cockpit. The landing was cancelled and the plane instead began rising again.

At 8.40pm, the plane crashed at Tanjung Kupang, Johor. There were no survivors.

In the aftermath, Malaysian investigators were able to recover the cockpit voice recorder (CVR), revealing the harrowing last moments of Flight MH653.

The CVR recorded an argument between the pilots and the hijackers. The hijackers were intent on reaching Singapore, while Ganjoor and Jalil explained that it simply wasn’t possible because the plane didn’t have enough fuel. In the end, both the pilot and co-pilot were shot, leaving the plane uncontrolled.

Despite the investigator’s best efforts, none of the recovered bodies were identifiable. The remains were interred in a mass burial at the place now known as the Tanjung Kupang Memorial Park.

The identities of the hijackers remain a mystery to this day.

There have been many rumours over the years. Some claim that the hijacking was the work of Cuban terrorists. Others believe that they were members of the Japanese Red Army. Some even believe that it was the bodyguard of Malaysian Agricultural Minister Datuk Ali Ahmad, who was one of the passengers on board the flight!

In the aftermath of the MH653 incident, Malaysia established the Aviation Security Unit of the Airport Standard Division in order to prevent any similar tragedies.

On 4 August 1975, a crisis erupted in the heart of Kuala Lumpur when a group of terrorists stormed the AIA building in Jalan Ampang and took 53 people hostage.

The terrorists were from the Japanese Red Army, a group of communist extremists dedicated to eliminating the Japanese government and launching a global revolution.

Their attack allowed them to capture many important hostages such as the United States Consul Robert Stebbins and the Swedish chargé d’affaires (diplomat) Fredrik Bergenstrahle.

In an interview with the New Straits Times, former Criminal Investigation Department (CID) Director Tan Sri Zaman Khan Rahim Khan recalled how the attackers threatened to massacre all the hostages unless the Japanese government agreed to release seven of their comrades from jail.

“They threatened to explode the building in case military officials attempted an ambush,” he said.

The initial negotiations were hampered by Japanese officials who were reluctant to give in to the terrorists. The Japanese ambassador even tried to insist that the Malaysian government submit a written request! In the end however, the Japanese government agreed to release the prisoners.

Now that they had their former comrades, the terrorists demanded safe passage out of the country. They also refused to release all the hostages unless Malaysia agreed to send two government officials as a guarantee of safe conduct.

The then Deputy Transport Minister Datuk Ramli Omar and Secretary General for the Home Ministry Tan Sri Osman Samsuddin Cassim were sent with the terrorists in exchange for the hostages.

“At the airport, the militants demanded that their comrades be released first, before handing over the hostages,” said Zaman. “We had earlier agreed that they release a few of our people in exchange for one of their men, until all hostages are safely with us.”

In the end, the hostage exchange was successful. Ramli and Osman travelled with the terrorists to Libya, where they remained for several days before returning to Malaysia, unharmed.

They called themselves the “Royal Security Forces of the Sultanate of Sulu and North Borneo”, and their leader was Jamalul Kiram III, the self-proclaimed “Sultan of Sulu”.

A rather dubious claim, given that the last Sultan of Sulu gave up all their sovereign rights — including any claims in Sabah — back in 1878!

In response to the “Sultan’s” landings, Malaysian police blockaded the area from both land and sea. They were assisted by Filipino security agencies, who were very eager to make it clear that this was NOT a sanctioned attack and that they “really didn’t want to start a war”, thank you very much.

“It must be clear to you that this small group of people will not succeed in addressing your grievances, and that there is no way that force can achieve your aims,” said Aquino.

“The group must realise that what they are doing is a serious offence and I hope they will accept the offer to leave peacefully as soon as possible,” added Najib.

However, Kiram III remained defiant. He declared that he and his followers were merely “coming home to their homeland”. He added that his men “will not initiate the violence… But are prepared to defend our lives and aspirations.”

Despite Kiram III’s promises, several confrontations broke out between his followers and the Malaysian police. On 1 March 2013, these conflicts resulted in the deaths of two Malaysian police officers.

Operation Daulat (Ops Daulat) was the codename for the military operation to flush out Kiram III and his followers.

On 5 March 2013, the Royal Malaysian Air Force began an aerial bombardment of the terrorist’s hideout. Police officers, army soldiers and commando forces worked together to flush out the terrorists once and for all.

In an interview with the New Straits Times, VAT 69 Commando Abdul Rani Alias described his experiences while leading the “Delta sector” team.

“Having 20 years experience (in VAT 69), I know our team is well-trained and we were the first team to enter the area, followed by the GOF and the army,” he said. “That was the first time I had encountered such experience. We usually face smaller groups and based on my experience, what I can say is that they (the terrorists) were brave.”

Unfortunately for the terrorists, bravery was not enough. By the end of the Lahad Datu incident, 72 people were dead: 56 terrorists, 10 Malaysian security forces and 6 civilians.

On 20 October 2013, Kiram III died of multiple organ failure in Tawi-Tawi, Philippines. His family have stated that they intend to continue their objective to take over Sabah in the future.

Despite All Of These Attacks, Malaysia Remains As Strong As Ever

Although Malaysia has been at risk before, we have always managed to pull through. Ever since our independence, we have overcome every challenge from a Communist uprising to an undeclared war with our Indonesian neighbours.

If you’re interested in learning more about the challenges our nation has faced, be sure to check out:

Today in History: On The Road To Independence 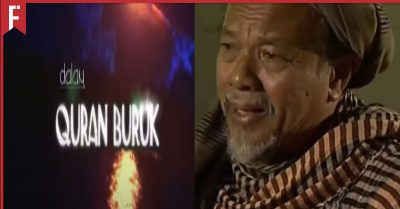 [REVIEW] Quran Buruk: A Movie Fit For Ramadhan… Or Not? 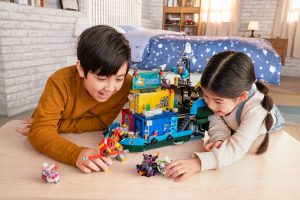 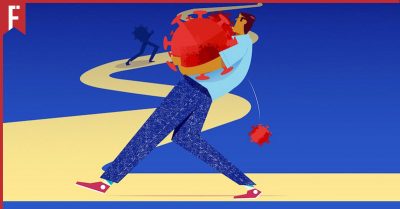 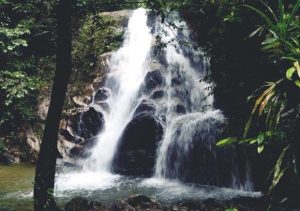 Plan Ahead and Travel Later : 5 Exciting Eco-Adventures to Visit in Selangor