On the first day of 2019, I made myself a resolution: this year, I was going to lose weight.

I joined a gym and diligently went twice a week after work… for a while. Sometime in February, I ended up missing a session due to CNY. ‘No problem!’ I thought to myself. ‘I’ll just go for an extra session next week.’

In October, I checked my mail and realised that I was still paying for my gym membership even though I hadn’t stepped foot into the gym in half a year. I ended up cancelling my membership soon after.

When 2020 rolled around, I was determined not to make the same mistake. So instead of health, I made a finance resolution instead. I promised myself that by the end of this year, I would have enough money to buy a proper gaming PC so that I could play all those games I’ve always wanted.

By the time December arrived, I still hadn’t achieved my goal.

Sure, I’d saved up enough money to get an alright computer… but it’s still not quite enough to get the high end rig I wanted. But though I still haven’t gotten my dream PC yet, the fact that I’ve actually got savings banked up is proof that I’ve at least made some progress.

So what made this year so different? Why did my 2019 New Year Resolution fail so badly compared to my 2020 resolution? And will I be able to repeat it in 2021?

In 2019, the Malay Mail reported that the seven most common resolutions made by Malaysians involved:

They all seem simple enough, right? Yet the truth is that the vast majority of people will never complete their resolutions.

In 2018, a study done by the Statistics Brain Research Institute found that only around 9.2% of people said that they had successfully achieved their resolution by the end of the year.

In fact, it is believed that the majority of us will fail within the first two weeks!

The athletic social networking site Strava has gone one step further. After analysing the data from 31.5 million uploaded January activities, they were actually able to pinpoint the exact day when someone is most likely to drop their new year resolution: the second Friday of January.

In other words, by 8 January 2021, most of us will be resolution quitters.

But Why Do So Many of Us Fail?

We all start the new year filled with spirit and determination, yet so many of us drop out when the race has barely even started. To understand why this happens, we need to look at the top three reasons why so many people fail their new year resolutions.

Here’s something I noticed myself back when I was trying to lose weight. At the start of the year, the gym would always be full. Every time I wanted to lift weights or run on the treadmill, I had to wait in line.

But by the time February came around, the gym was almost deserted, with only a few regulars remaining. It can be hard to change your lifestyle, even for something as positive as exercise — the moment I skipped even one session, it became really difficult to motivate myself to go again.

This is another thing I experienced while trying to complete my new year resolutions. Saying things like “I’m going to lose weight” or “I’m going to save money” is all well and good, but how exactly are you going to do it?

When I was at the gym, I honestly wasn’t sure what I was supposed to do, so at first I just did a bit of everything. In the end, I wound up doing a lot of cardio work… mostly because I could still use my phone while on the cycling machine.

One of the biggest barriers to completing your new year resolution is your own willpower and determination to succeed. It doesn’t matter what kind of goal you set for yourself if you cannot even follow through.

It’s very easy to go “Oh, missing one gym session is no big deal”. But if you let it slide once, odds are that it’s just going to happen again and again until one morning you see the gym membership bill in your email and realise that you haven’t actually gone there in months.

So How Can We Fix This?

The truth is that by itself, a new year resolution won’t get anything done. No matter what your goal is — getting fitter, saving money, being more productive, etc. — it is going to require a lot of work.

Here are some tips to help you achieve your 2021 goals:

Remember, don’t get discouraged just because you don’t see great progress straight away. Nobody ever loses 10kg after a single gym session. Just keep plugging away at it, and you’ll get there eventually.

2. Keep track of your progress

Having records of your work will make it easier to figure out how much further you need to go. Keeping a record can also come in handy because it can help you stay motivated by seeing how much you’ve already done.

Set a target and decide how exactly you’re going to reach it. So instead of making a vague resolution like “I will lose weight”, change it to something like “I will go for a 30-minute walk every evening until I lose 5kg”.

One easy way to stick to your resolution? Drag someone else into it! Having someone to share your experiences with will not only make it more fun but can encourage both of you to keep going.

Nobody can be 100% perfect all the time, so try to schedule some treats or cheat days. Think of it like playing a video game — after grinding all that XP, isn’t it nice to get a reward at the end? Even something as simple as a slice of cake can be a great way to keep yourself motivated.

One Step At a Time

2020 may have been a difficult year for all of us, but we’ve already gotten through the worst. As we step into a brand new year, let’s take the time to reflect and consider the goals we want to set for ourselves in 2021.

It’s easy to get tired and it’s normal to want to give up, but if you persevere, you might be surprised at just how far you can go. So whether your dream is to develop a six-pack, buy a new computer or even visit new places, just take everything one step at a time and you’re bound to reach there eventually. 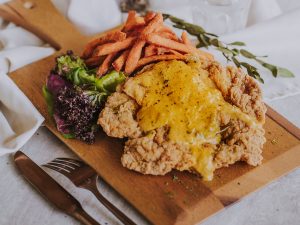 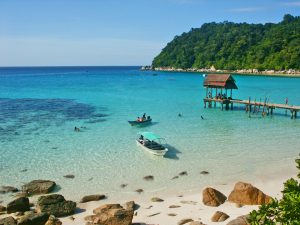 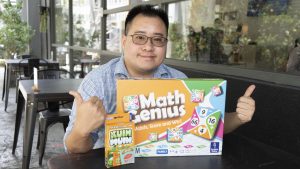 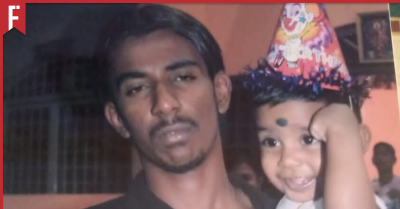