Has December been kind to you?

Flanked by euphoric Christmas spirit and cheery New Year anticipation, December is by far the best month of many. It’s also when we frantically set resolutions for the new year, the same resolutions we make every year for the past five years or so (cough).

But December – apart from the celebratory affairs – has a story to tell.

The commemorative month also marks the darkest days of our lives when 78 years ago on 8 December 1941, a great fear landed on our shores.

It came in the shape of a massive, mighty army with a destructive force so sudden we didn’t have time to react. It brought fear. Fear of the unknown, fear of uncertainty.

This fear was called Japan. And it was D-Day for Malaya.

By now we all know the fact that Japan, a force to be reckoned with, had occupied our land 16 years before we even reached Merdeka.

We know that our grandparents, those who survived, lived to tell their tale of misfortunes either as a fighter, or a farmer.

We’ve read history books, accounts, journals of survivors. We’ve watched documentaries of the atrocities, war crimes and tragedies. But we can’t exactly capture the finer essence of what went down in Malaya during the Japanese occupation, purely because we were not there.

So gathered, collected and lightly filtered from survivors, former armed forces and freedom fighters, here are SEVEN ‘incidents’ of the occupation that you may or may not know for a little bit of December discovery:

The Japanese forces were most famous for its stripped-down approach – choosing bicycles over tanks and foot soldiers over armoured vehicles. They first landed on the beach of Kota Bharu, Kelantan before marching down the kampungs, seizing bicycles from villagers with death as assurance for those who resisted. The aim was to go south, right down to Singapore where British forces reside. This practical approach gave them leverage over their enemies as bicycles are light, mobile and are able to cover all terrains. Imagine, a 30,000-strong troop coming at you on bicycles with bayonet-attached rifles and samurai swords.

Why did the Imperial Japanese Army (IJA) landed in Kota Bharu and not some other beaches? Because within the vicinity of the coast, there lies the Pengkalan Chepa Airfield, manned by British troops. The airfield is one of many points of interest for the IJA and immobilising the airstrip would be the best way to control both land and air before drawing closer south for a Singapore takeover. During the Occupation, the Japanese did not have paratroopers ready for war so they took to the beach and travelled by foot and bicycles.

Apart from Malaya and the horrors in Borneo, the small island of Labuan was not spared from the brutal clench of Japan. Known during the occupation as Maida Island (named after General Toshinari Maeda who died in a plane crash from Bintulu), Labuan was significant especially at the end of the greater Pacific War between the Imperial and Allied Forces. Led by its Australian squadron of ground infantry, amphibians and commandos, the Allied reclaimed Labuan at the end of December under Operation Oboe. Today, the peaceful island bears war monuments from both the Imperial and Allied forces.

Not widely used during the war, this armoured car nevertheless was significant in the Malayan Occupation purely for its ingenuity. Designed by the Sumida firm, this petrol-powered vehicle (Type 91 – 97) could operate both on-road and railway lines, with its six road wheels able to be switched to railway wheels. The Sumida vehicle completes the later batch of the Imperial invasion that had the death railways system (Burma Railway, Bataan Death March and Sandakan Death March), proving its practicality during the Invasion of China. Its purpose isn’t exactly offence but for good measures, it’s equipped with a light machine gun or a 7.7mm machine gun.

5) The Bitter Bargain of Borneo

Besides mainland Malaya, Borneo had its harrowing experience with the occupation with the most horrific one being the Sandakan Death March. It was a series of forces marches from Sandakan to Ranau comprising of 6,000 British & Australian Prisoners of War, Indonesian forced labours and local civilians. The march was a torturous journey across wide marshland, dense rainforest and up the freezing slopes of Mount Kinabalu. With brutal treatment by the Imperial forces, lack of food and medical care, the March took the lives almost all the prisoners, leaving only six survivors, three of which lived to tell the tale of the single worst atrocity suffered by WWII servicemen.

Operation Oboe at the end of WWII witnessed many Australian men championing the Allied front in a move to reclaim Borneo from the clutches of Japan. It was a series of covert operations to infiltrate with Bario being the first strategic spot. The success of Oboe led to the initiation of the Ant Commandoes, an elite unite made of local Sarawakian indigenous ethnics that led to a bloody massacre of close to 2,000 Japanese troops. The guerilla warfare gave birth to the spine-chilling Kayau Conflict, an ancient war method of decapitation, a tradition for the Iban warriors in Borneo.

In any war, there will be loyalist and there will be hypocrites, a special breed of humans who only tend to their needs. The Japanese Occupation had its fair share of impostors who worked an reported to the Imperial not months but years prior to the Kota Bharu landing. These informers were disaffected locals, mainly Malays who would help prepare for the arrival and provide assistance to the invasion. In war, they’re called the Fifth Column – a small group of people working in favour of an enemy group. They are covert, clandestine and full of secrecy and the traitor organisation in Kota Bharu was called The Tortoise Society.

War reminds us that this world is fragile, and the smallest flicker can trigger the largest flame. The folks back in 1941 had the same celebratory anticipation of December, of how great things will be the coming year until war struck them to their knees.

It was by far, the longest, most torturous December they had to endure.

Read another war survivor story from a female perspective here and how easily it is to take over a country today here. 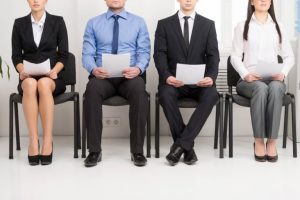 5 Worker Rights That Every Malaysian Needs to Know 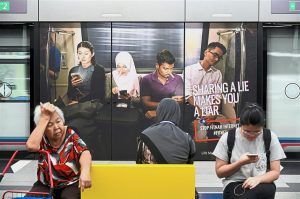 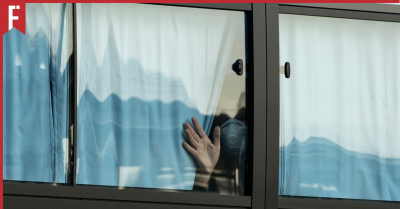 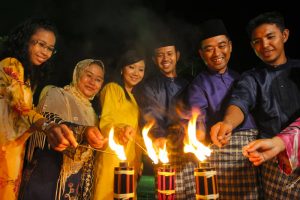