How Will A RM1,500 Minimum Wage Help Ordinary Malaysians? | The Full Frontal
Skip to content

Have you ever worked a minimum wage job before? If you haven’t, how much do you think it is? Just give us a guess real quick before you move on.

Because, you see, when we talk about minimum wage, a lot of people have certain… assumptions. They think of cleaners picking up garbage or teens working at McDonalds. However, these are just the tip of the iceberg.

I don’t know if it’s still a thing, but when I was younger, there was a popular stereotype that minimum wage jobs were for losers. “Study hard or you’re going to work as a garbage man when you’re older!” my mum used to warn.

According to Minister of Human Resources Datuk Seri M Saravanan, it is estimated that 8.8% of Malaysian workers are actually being paid below the RM1,200 minimum wage.

In 2020, the Employment Insurance System (EIS) found that 62.5% of recently hired workers (including graduates) were receiving basic wages of between RM1,001 to RM1,500 a month. In other words, even workers with degrees and diplomas might be forced to work at or even below minimum wage!

However, on 14 March 2022 Saravanan announced that the minimum monthly wage for Malaysians would be going up to RM1,500. The new minimum wage will be implemented in stages before the end of the year in order to address any issues that might appear.

“We don’t want companies to take advantage (of the increased minimum wage announcement) to reduce the number of employees. This will defeat its purpose while we are aiming to further reduce the country’s unemployment rate from 4.2% to 4%,” he said.

This news is a relief for many struggling Malaysians. However, there are many others who believe that we shouldn’t be giving more money to the ordinary rakyat.

“Raising the minimum wage will destroy our economy!”

There have been complaints about the new minimum wage before it was even announced. The moment the government began hinting about raising wages, business owners and politicians alike came running over to cry about how bad it’d be.

“Our top priority should be to provide more funding for business that were forced to shut down,” said President Datuk Dr Syed Hussain Syed Husman of the Malaysian Employers Federation (MEF).

“Instead of increasing minimum wages, we are of the view that efforts should be put in place to urgently control the rising cost of products and services.”

Even factions within the government have spoken up against raising the minimum wage. On 8 March 2022, International Trade and Industry Minister Datuk Seri Mohamed Azmin Ali claimed that more time was needed as many businesses were still struggling due to the COVID-19 pandemic.

“We (must) also take into consideration the current situation where most of the small-medium enterprises (SMEs) and informal sectors are just about to recover from the pandemic,” he said.

Are Our Bosses Trying to “Weaponise” The Pandemic?

As you might expect, Azmin is not the only one who’s used the COVID-19 pandemic to argue against raising the minimum wage.

Ever since this new minimum wage increase has been announced, there has been no shortage of hand-wringing from business owners complaining about how it’ll raise their costs and force them to fire workers because their companies are still struggling due to the pandemic.

But while they may have once had a point, it’s a bit hard to take them seriously considering that we’ve been living with this pandemic for three years now.

In February 2022, the Labour Law Reform Coalition (LLRC) called out the MEF for trying to “weaponise” the pandemic in order to keep wages low.

In a press statement, LLRC’s Co-Chairpersons N. Gopal Kishnam and Irene Xavier had pointed out that over the past few years, Malaysian workers have suffered just as much — if not more — compared to their employers. Because of the pandemic, many Malaysians have been forced to take unpaid leave, accept wage cuts and even lost their jobs altogether.

Now that the economy is starting to recover, why should only business owners benefit?

“MEF should not exaggerate the employers’ suffering but neglect the sacrifice of the workers. It is unfair to say that the wage rise will kill businesses,” said the duo.

“The market must recognise that there is a human element in determining labour cost, so please treat workers as human beings who need decent living, rather than as a commodity that generates profits for capital owners”.

The “Stingiest” Employers in Southeast Asia

For ordinary Malaysians, it can be hard to feel sympathy for their bosses — especially considering how Malaysian businesses have been labeled as the “stingiest” employers in all of Southeast Asia!

“Comparatively, Malaysian employers only spend around 25% of the GDP to pay employees, making Malaysia the stingiest country in Southeast Asia in this regard,” explained President of Malaysia’s Trade Union Congress (MTUC) Abdul Halim Mansor. In comparison, Singaporean businesses contribute 40% while Indonesian businesses make up 84%.

During an interview with Utusan Malaysia, Mansor pointed out how Malaysian bosses kept making excuses to avoid the minimum wage increase despite the fact that the government has already provided plenty of help to struggling businesses in the form of stimulus packages, grants and wage subsidies.

“They keep reiterating that now is not the right time to increase the minimum wage to RM1,500 because of the economic difficulties and COVID-19,” he said. “This excuse has now become the standard, even after the government has initiated various assistance programs worth billions of ringgit.”

Despite what some may think, giving a higher salary is a good thing — not just for the individual employee, but for our economy as a whole.

In 2019, the United Nations Economic and Social Commission for Asia (ESCAP) published a report that found that thanks to the minimum wage legislation introduced in 2012, the average income of our B40 group more than tripled between 2009 and 2015.

But why was there such a big difference? Well, by improving our minimum wage, ordinary Malaysians gain a number of benefits including:

There are some who argue that raising the minimum wage will simply cause prices to rise. This would normally be a good argument… if not for the fact that prices are going to rise anyway regardless of our minimum wage.

By increasing our minimum wage, we can ensure that low income earners (such as those in the B40 group) are able to keep up with rising prices. This means less desperation, less starvation and overall less stress since workers won’t be forced to choose between food and rent.

It may come as a big surprise to business owners, but companies cannot make money if everyone is too poor to buy their products.

Let me put it this way: let’s imagine that you own a business selling sports cars. If everyone in your neighbourhood is too poor to buy your cars, that means you have no customers. No customers means no money, which means that your business will go bankrupt eventually.

However, with the wage increase, people would be earning more money, and suddenly you’ll get many more customers because now they can actually afford to buy your Ferraris and Lamborghinis and such. It’s the same deal for every other business — the more money people have, the more they spend on goods and services, which means more money going into the economy.

But what many of these employers fail to understand is that you get what you pay for. If you pay as little as possible, don’t be surprised when you get workers who put in as little effort as possible. After all, anyone who’s worked minimum wage before has experienced a time when they go “Aiyah, I’m not being paid enough to do this.”

By increasing wages, you help both the employee and the employer. The employee can maintain a more comfortable lifestyle, while the employer gets happier, more productive workers and doesn’t have to waste money on hiring and training new workers. It’s a win-win situation all around.

While this minimum wage increase is a big relief for many Malaysians, it doesn’t mean that we should be splurging our money willy-nilly.

Financially speaking, many ordinary Malaysians are still uncomfortably close to the poverty line. A RinggitPlus survey in 2021 found that 51% of Malaysians wouldn’t be able to survive for more than three months if they lost their job.

Although it’s nice to spend money on food and luxuries, we need to remember to set aside at least a little bit each month. If you’re interested in learning more about the importance of long-term savings in Malaysia, be sure to check out: 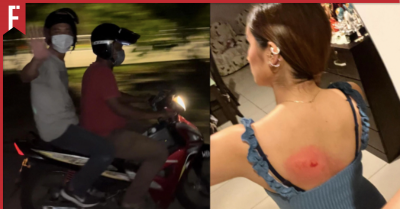 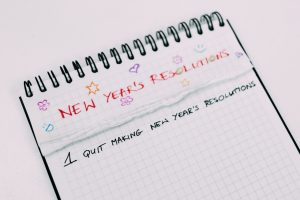 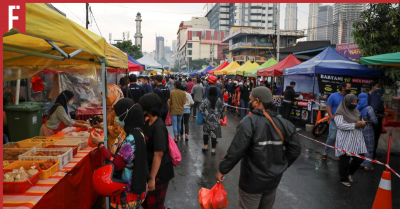 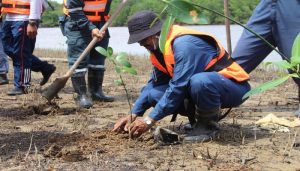