#RogolBukanLawak: Why Rape Isn't a Laughing Matter | The Full Frontal
Skip to content

You know, I can’t actually remember the last time I watched Astro. Between YouTube, Netflix and other online services I don’t even need to touch the Astro remote to find my favourite shows.

But yesterday, for the first time in years, I regretted not having access to Astro anymore. It meant that I wasn’t able to watch the complete train wreck that was being shown on Rumah No. 107 earlier this week.

For those of you who aren’t aware, Rumah No. 107 is a programme aired on the Astro Warna channel. The best way to describe it would be a mix between comedy sketch and talk show. Each week, the hosts invite new guests and cameos to share their stories and experiences of Malaysia’s entertainment industry.

When it first began in June 2020, Rumah No. 107 won the hearts of its viewers through its entertaining yet informative content.

According to Astra Warna Channel Manager Norzeha Mohd Salleh, the decision to announce a second season in June 2021 was made due to their viewers’ enthusiasm.

“The content which is seen as creative and ‘out of the box’… has succeeded in capturing the hearts of fans,” she said.

“Despite the background of comedy sketches, the topics of discussion highlighted by House No. 107 especially in the ‘Pillow Talk’ segment has managed to open the hearts of invited celebrities to share their stories and life experiences.”

A Joke Too Far

Rumah No. 107 recently went viral — though probably not the way that they wanted.

On 19 October 2021, Malaysians raised a storm over a two minute clip of actor Fauzi Nawawi describing a deleted rape scene from 2007 film Anak Halal. Netizens were shocked by Fauzi’s gleeful boasting about how much he enjoyed that particular scene.

“When people say I look like a rapist, I feel more excited to film,” he admitted, before describing the scene in great detail — even going so far as to name the actress (who happened to be a teenager at the time)!

“The crew was all watching us, we were all sweating. I was trying my best to control my tiredness and lust.” he said.

Strangely enough, the show’s production team decided to continue filming despite the outrageous tone. One of the co-hosts, Shuk Sahar, even spurred Fauzi on, asking him to explain the scene in detail because he “wanted to imagine it”!

Fauzi’s behaviour attracted the furor of thousands of Malaysians… including actress Raja Farah Aziz, his co-star in Anak Halal. She slammed Fauzi along with Rumah No. 107’s hosts in an Instagram video that was released shortly after the clip went viral.

“I hope those who were involved in the conversation will apologise personally,” she said.

“It’s wrong at all levels. This is disrespectful towards women… would (Fauzi) speak to his sisters or his mother this way?” added her husband, Iskandar Ismail.

Their opinions were shared by many other Malaysian celebrities, including national diving queen Datuk Pandelela Rinong, who recalled how her former coach often told ‘dirty jokes’ of his own before going on to rape one of his students.

“I used to have a coach who liked to make obscene jokes, I kept quiet and didn’t even fake a laugh because I was afraid of him. Once I couldn’t stand it and reprimanded him, but I got bullied back,” she said.

“We athletes couldn’t do anything because his big backup was our own head coach.”

In the days since the clip was released, thousands of ordinary rakyat have stood up to express their displeasure.

As of the time of writing, the “Zero Tolerance to Rape (Malaysia) – No More Excuses” petition is now the most-signed petition on Change.org with over 600,000 signatures.

Ironically, the petition wasn’t started due to this incident. According to Change.org’s Malaysia campaign leader Adli Zakuan, it was actually launched on 25 November 2019 in conjunction with the International Day for the Elimination of Violence against Women.

“Although the petition has no direct connection to Fauzi’s talk show, this drastic increase in signatures shows that the ‘Zero Tolerance to Rape’ message carried by the petition has resonated with public sentiment — that the issue behind this rape ‘joke’ is far more serious,” he said.

He added that after the clip’s release, the petition received nearly 10,000 new signatures within 12 hours!

Following the public outrage, Astro Warna and Rumah No. 107 have issued an apology.

“We apologise for any offence caused to any parties, and will be more sensitive and careful in all content filling aspects of the programmes we broadcast in the future,” they said in a public statement on 21 October 2021.

Fauzi’s response, on the other hand, has been rather… bizarre.

On 19 October, he released a four-minute long apology video on Instagram. The video’s comments were turned off and it was accompanied by the caption “Kesilapan Mmg pada Saya. Maafkan atas kekhilafan dan kejahilan Saya,” (It is my mistake. Forgive me for my mistake and ignorance).

“I did not mean to humiliate Raja Farah, and I do not want to prolong this issue any longer,” he said.

But Fauzi’s apology video only stayed up for three days. On 22 October, he deleted it and replaced it with some very… interesting cryptic messages and religious quotes.

His new social media posts include such striking lines like “God won’t forgive the critics until the person (who was criticised) has forgiven them. Be careful” and “I’m happy I have my problems in life. It’s remind me I’m real”.

It’s believed that these are meant to be very subtle digs towards his critics, but who can tell for sure?

The sad part is that this isn’t the first time that Malaysia has been rocked by a creepy sex scandal like this.

Heck, it’s not even the first time this year!

Just a few months ago, there was a massive uproar over all the sexual harassment incidents happening in our schools. Sites such as the Save Our Schools MY Instagram page have recorded hundreds of such cases occurring in schools nationwide from both current and former students.

Despite what some may claim, Malaysia’s ‘rape culture’ is a real problem. It’s not just a few isolated cases — it’s something that is happening everyday, throughout our entire country.

If you want to learn more about this widespread problem and what we can do to stop it, be sure to check out: 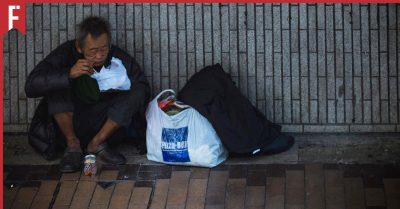 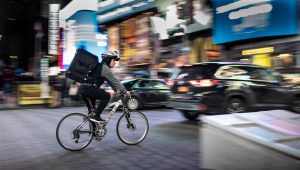 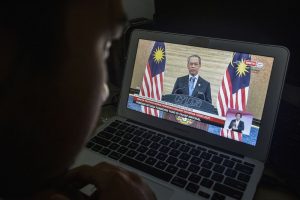 [EXCLUSIVE] Dignity In The City – Saving Children From The Dark Alleys