Another week, another new scandal.

No one can deny that former Prime Minister Tun Dr. Mahathir bin Mohamad has had a major impact on our country’s history. Whether you love him or hate him, everyone can acknowledge that without him, Malaysia would look very different today.

Unfortunately, as a wise man once said, you either die a hero or you live long enough to see yourself become the villain. And despite his past accomplishments, Mahathir hasn’t been a hero for a long, long time.

Of Chopsticks and Chinese

On 12 December 2021, the elderly ex-PM caused a furore during the launch of his new book due to his remarks on Malaysia’s Chinese community — specifically, his claim that using chopsticks was un-Malaysian.

“They (the Chinese in Malaysia) preserve their own community, their own customs, their own ways. For example, the Chinese eat with chopsticks, they don’t eat with their hands. They have not adopted the Malaysian way of eating food. They retained the chopstick which is an identity with China, not with Malaysia, and many other things.”

He went on to bemoan the current state of Malaysia’s society, giving out examples of Indians and Arabs who had “become Malays” by sacrificing their former cultures and ethnic identities.

“… they dropped their own language, they speak Malay, (adopt) the Malay customs, names and all that were Malay… But the others do not want to identify themselves with Malays. That is the problem.”

As You Might Expect, A Lot of People Got Upset

Whatever his original intentions were, Mahathir probably wasn’t expecting his speech to go viral so quickly. Within hours, hundreds of Malaysian netizens had jumped in to deliver their own two cents on this topic.

Of course, as this was a sensitive issue, they treated it with all the delicacy and respect that- okay, sorry, I can’t even keep a straight face while typing that.

If you haven’t seen them yet, be sure to check out the Twitter replies to Mahathir’s chopstick speech. They’re… not in his favour, to say the least.

“So how u eat your hot noodle soup with hands? Show me la, don’t tell me spoon and fork, that is from Western.”

“Please teach me how to eat steamboat with hand”

Outside the virtual world, Malaysian Chinese Association (MCA) Secretary-General Datuk Chong Sin Woon has criticised Mahathir’s remarks as being “out of touch with society”.

“I urge all Malaysians to not be easily swayed by his words but instead commit ourselves to be more open-minded, progressive and accepting of others’ cultures so that we can build a more united Malaysia together,” he said, adding that MCA had worked hard to protect and preserve the rights of each ethnicity, including the freedom to learn one’s own mother tongue as upheld in the Federal Constitution.

How “Malay” Do You Need to Be Before You’re a Malaysian?

This isn’t the first time a local politician has tried to convince minorities to give up their culture in the name of “assimilation”, though it is arguably the most blatant.

In November 2021, PAS Deputy Human Resources Minister Datuk Awang Hashim came under fire for claiming that “loyal Malaysians” should be using Malay rather than other languages, like English.

“If we are Malaysians, we are loyal to Malaysia, we use the national language because it is enshrined,” he insisted.

Maybe it’s just me, but every time someone talks about creating a unified “Malaysian culture”, there always seems to be an underlying assumption that “Malaysia = Malay”.

Even if the Malays are the majority, aren’t we supposed to be a multicultural country?

Why are the Chinese, Indians and other minority groups the only ones expected to throw away our traditional culture and heritage? Does that mean that any Malays living in a Chinese-majority area are expected to stop celebrating Hari Raya and start celebrating Chinese New Year instead?

Exactly how far is this is supposed to go?

What Does It Mean to Be Malaysian?

At its heart, Malaysia has always been a multicultural society. Ever since we became independent, we have all worked together in order to build and develop our country into the modern, developing nation that we are today.

Despite the behaviour of certain bad actors, I think it’s clear that the vast majority of us only want to live in harmony with our friends and neighbours regardless of race or religion.

In the end, does the colour of your skin or the utensils you use really change whether or not you’re a Malaysian?

Unity is important, yes. But unity doesn’t have to mean tearing away our cultures and values to fit into someone else’s mold. Despite what some grumbling bigots may claim, I believe that our country has progressed so far because of all our different cultures, not in spite of it.

If you want to know what it really means to be Malaysian, give this a read: 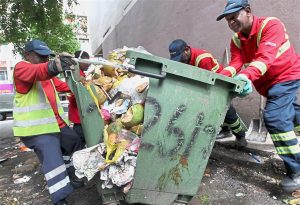 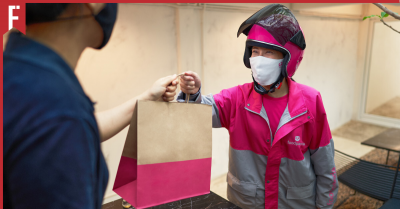 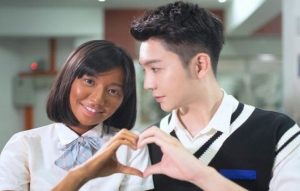 Why Are Malaysians So Repulsed by Dark Skin? 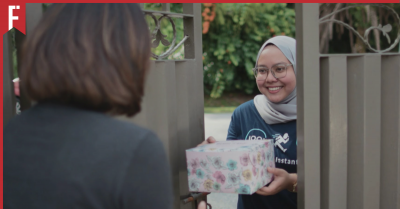