Hantu Gangster: The #KeluargaMalaysia Movie We Didn’t Know We Needed | The Full Frontal
Skip to content

Welcome back to another torturous movie review. It was certainly tortuous for me but for you? I’ll let you be the judge of that.

This movie ranked higher than any of the other movies I watched. A whopping 6-star rating on IMDb. Which made me curious and also a little bit skeptical. The whole point of this schtick was to review bad movies and 6 stars ain’t bad. So going into it, I’m not going to lie, I expected it to be like a parody of other horror movies in Malaysia, along with Malaysia’s gangster scenes from the early 2000s or something.

The lineup of this movie is kind of incredible. They got some A-List Malaysian actors in here, like Farid Kamil and Jalaluddin Hassan. It’s supposed to be like a horror-comedy, so I assumed it’s just a movie that doesn’t take itself too seriously.

But still, how good a movie is depends on how entertained the audience gets throughout watching it. So let’s dive in, shall we?

Off To A Great Start

The scene opens with an old man in a car rehearsing a speech that’s written on a battered piece of paper. In the middle of his recitation, a dark-figured man came in and reprimanded him for his horrible English.

There’s no real significance to this scene because we don’t really see that man again until the very end. Apparently, he was just there to open a ceremony for the future gangsters and that’s it. So why even bring him in?

The scene pans out to a chasing sequence between two cops and a man that goes by the name of Te Sai (played by Namewee — who also directed the movie! Clearly, a man of many talents) around the city. I assume he’s someone who steals tires for a living or maybe just a thief. As his lone tire rolls away, we’re given almost 7 minutes of scenes of random people kicking and avoiding the tire.

As the cops pass by different people in the city while trying to catch Te Sai, we get to see a glimpse of their activities and seeing as it’s in the middle of the night, the activities are somewhat questionable.

I didn’t really come here to be disgusted. Where the hantus at?

The cops are finally able to catch up on Te Sai after he tripped over an unconscious (presumably dead) body in the middle of an alley and passed out. The body turned out to be of Jalaluddin Hassan (who’s apparently a gang leader). What’s up with this guy being unconscious in movies? He was like that in Raya Tak Jadi too.

As the screen pulls back on Te Sai lying on the ground, we get a title card of the movie’s name. I’d like to think that the way it was styled reflected the movie itself, very sharp edges and similar to how Paku Pontianak’s title card was made. But since it’s a horror-comedy, maybe it’s supposed to look like it was made by a 5th grader?

10 minutes into the movie, we get to meet the gangsters themselves. There are three clans, the Melayu, the Chinese and the Indians. They’re meeting at the Malay Gangsters’ house for the funeral of the gang leader. It’s discussed that the leaders of the clans have all been killed and it was suspected to be an inside job.

The meeting of the new leaders was pretty funny, I’m not going to lie. Their banter was a little bit over the top but then again, I’m unfamiliar with how gangsters communicate with each other, for all I know, that’s the norm.

Is This Like Lord Of The Rings? No? Okay

Te Sai was also at the funeral but he was only there to steal things from the dead body. He managed to steal the dead gangster’s ring and when confronted by the owner of the house, instead of apologising, he reprimanded him for being a bad don and for being outside instead of attending the funeral of his dead father.

Okay, that was pretty funny, I’ll give them that.

I think the most shocking thing about this movie is that Te Sai’s actually a father. We find that out halfway through the movie when he brought home a broken computer and was welcomed by a kid in a school uniform.

I thought it was his brother at first until the kid shouted at him to “be a responsible father for once”, which ouch but also, true. All we’ve seen of Te Sai is that he’s a gambler and a thief.

It was hinted that the ring may have some sort of supernatural power in it because ever since he had it with him, Te Sai started hearing and seeing things that aren’t there. After he failed in asking for help from the police, Te Sai went to a Shaman to fix his sudden sixth sense.

The Shaman gave him a bunch of items that don’t work at all and only made his son think he was even more of a freak than usual.

There was a scene when Te Sai’s son’s teacher, Jameelah (played by Diana Danielle) paid them a house visit and since Te Sai couldn’t really understand Bahasa Melayu that well, the teacher had to speak in an exaggerated Chinese accented Malay. It’s giving me kind of borderline racist vibes.

Help A Ghost Out, Why Don’t Ya?

One night, the ghosts that have been haunting him finally show their corporeal forms and it turns out to be the gang leaders that were killed at the beginning of the movie. They showed him a video of their history and how they became gangsters in the first place.

I’m going to be 100% honest with you and say I don’t really understand this movie. I get that they’re playing into the whole unity card and whatnot but why include the ghosts and other strange scenes with it? Like the random ninja fight scene in the middle?

The only way I could explain this movie is saying that it’s a confused concoction of conflicted emotions all jumbled up together. It’s not to say that it wasn’t entertaining, per se. Some parts were pretty funny but I felt like the movie went on for far longer than it should, considering it had no plot.

Going back to the present, the ghosts tell Te Sai that it was his duty — now that he has the ring — to unite their gangster groups again, just like old times. And that they should rule together in harmony instead of making issues with the public as well as each other and bring justice to the one who killed them.

Did I mention there are music videos in the movie? Like about four of them. There are montages of fight scenes, sad scenes, distractions from the police scenes and another one at the end. Like I said, this movie’s all over the place and trying to put the scenes together gives me a headache, so I stopped trying after the 30-minute mark.

Let’s cut to the end, yes? There’s a huge fight scene between the gangster clans and they manage to kill off the one that actually murdered their previous leaders. Amidst the fight, Te Sai was injured and almost died but since he’s the hero of the movie, we don’t actually get to witness him dying.

The last we saw of him was at the hospital and that’s it. The movie ends with a music video. I don’t know. Don’t look at me like that.

Most of the things in the movie don’t intertwine together, we’ve established that. I’m only a little bit angry that I spent an hour and 35 minutes on this.

Overall, I’d give this movie a 3/10. I didn’t enjoy it, nor did I think it was all that funny and I think the six stars they got from IMDb was just them reviewing it themselves. There, I said what I said.

If you’d like a to watch horror movie that would likely bore you to death, or at least read about it, I recommend: 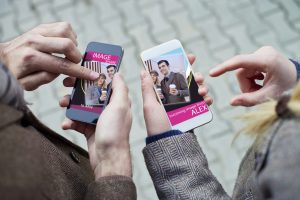 Online Dating in Malaysia: Go For It or Gostan? 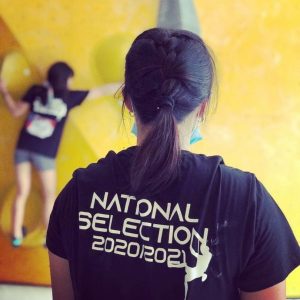 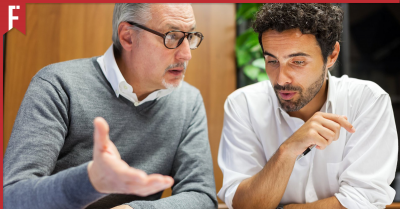 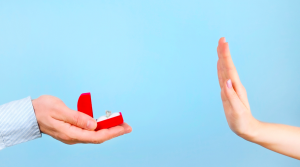