Talks of Therapy: It’s Okay To Not Be Okay | The Full Frontal
Skip to content

Not to toot my own horn or anything, but I was a bright child when I was younger. I had so much going for me — I was doing great at school, my teachers loved me and I was always the person my classmates go to when they needed help in lessons or homework. But one thing I was not good at was articulating my emotions.

When I was in Primary Four, we had group competitions at the end of every week. We were supposed to create a model of a building that we would like to see in the future and present it to the whole school as part of the competition. The winner of the week will win free food from the cafeteria for the entirety of the week. That sounded pretty cool, right?

I was excited at first, because I got to show off my creativity. But what I wasn’t aware of was that we had to present the model along with why we think it would be best suited for our city in the future. I may be good at coming up with ideas and all that, but put me in front of a crowd and I throw up.

My classmates thought I would be the best presenter since I was new and easy to push around and as the day approached, I started to feel queasy. When it was almost our turn, the fear had built up and the next thing I knew, I was under the bleachers, hyperventilating.

Everyone brushed it aside as stage fright. But is it really, when it’s still happening years later?

I never thought it was a big deal. My parents said it was because I was shy so I chalked it up to that and moved on. I often found myself opening my mouth to say something but a nagging feeling at the back of my head always stops me. “What if I say something weird and they hate me?” or “They don’t need your input. You’re going to embarrass yourself.” So, I just dealt with it as the missed conversations I have in my head with other people. And that’s where they’re going to say forever.

As luck would have it, I furthered my studies as a psychology major and found out that I have a lot of problems. As psychology students of the university, we’re required to complete certain hours of counselling sessions before we graduate. So that helped me a lot in identifying my own issues and working my way towards getting better. I found out that what I’ve been feeling all these years had a name and that I could work on overcoming it.

Following my first week of therapy was probably the most confused and overwhelmed I’ve felt in years. But slowly and surely, it got better. Has it been easy? Hell no. Honestly speaking, I hated it at first and it wasn’t the best part of my life reliving all those memories but it helped me shape who I am as a person today. It made me understand that while I felt that way in the past, I survived it and I can definitely get past it again. Except this time, I had help and encouragement on my side.

Why You Won’t Get Therapy

Sometimes what makes you pull away from getting help is what you’ve heard about therapy in the first place. Contrary to popular belief, getting help for your problems does not make you weak. It makes you self-aware. And there really isn’t any harm in asking for help. But there are still a few things that stop people from progressing even when they’re standing right in front of the door with their hand raised, ready to knock on it.

My issues aren’t that serious

Some people believe that getting therapy is only reserved for people who have serious problems. People who find it difficult to get up in the morning and start their day, people who struggle to express themselves so much that they just opt to rot at home rather than face anyone. Maybe you’re right. Maybe your issues aren’t that bad. But how long are you going to ignore them until they actually get there?

Therapy will just make it worse

Trust me when I say that I understand this to a T, and have lived through this. But as they say, it’s going to get a whole lot worse before it gets better. I didn’t grasp that concept at first and wanted to quit so many times because therapy just opened up so many old wounds. But as I pushed myself, it started to make me feel more in control. The things that happened to me were in the past and as I live and breathe, I can control how it affects me in the future.

I’m independent, I can fix my own problems

This sounds familiar, doesn’t it? Why should I ask for help when it’s my own issues? I could just deal with it myself, just like what I’ve always done with other things in my life. The truth of the matter is, it’s kind of sad. And it’s a little frustrating. Sometimes you can’t really control your emotions and you have nowhere to put them, so they just marinate in you until you feel worse.

And once you explode, you gingerly pick up the pieces and wait for your emotional barrel to fill up again. After all, who else can you rely on other than yourself?

Why You Should Consider Therapy

Choosing to get help is a huge step. It’s okay to feel scared or nervous, or even sceptical at first. But all good things start off that way. When you start getting into therapy, your eyes can be opened to all sorts of missed opportunities. The world becomes a lot clearer than before.

Often we get caught up in our emotions and are so down about it, we can’t see anything else. Therapy made me accept the bad parts of myself as something I needed to work on and something that was hindering me from moving forward in my life. I just needed to first reconcile with myself and my past to be able to move forward.

I also understood that some parts in my life were not necessarily my fault, rather that I led myself to think and believe that I was at fault. It took a while for me to accept that realisation but it opened up doors for other memories to show their true colours.

It’s easier to just see things from your perspective. And when someone has a different point of view on things, it makes you confused and upset or even angry. I used to wrack my brain on why I find it so difficult to understand people  that tell me to just “speak up”.

But seeing as there are multiple sides to a story (and multiple ways to live life), it gets easier to sit and listen. I don’t have to agree with them, I just have to lend an ear. It makes you more knowledgeable on how you can approach certain situations.

Being in therapy is basically having someone listen to you ramble on for hours about what’s been happening in your life. It’s like gossiping, I guess. But with a “moral value” at the end. The moral value can be totally up to you. At the end of it, you may realise that your antisocial personality may be because of what happened in your childhood that shaped you into being the person that you are today.

Or you might realise that after all these years, you’re actually just a horrible person that’s just working on being nicer. But while you’re figuring that out, you always have a person (in this case, a therapist) to prompt you into being the best version of yourself — no judgement included.

If you’re thinking about starting therapy but aren’t sure where to go or are worried about having sufficient funds, you can try giving these places a ring:

1. Cara Cara offers affordable therapy sessions from RM50. You can opt for trainee or professional counsellors. There are also options for you to have the counselling sessions either in person or online.

2. Humankind Community Counselling has a fee of RM50 per session. If you are unable to pay RM50, please inform them how much you can afford because according to them, they won’t turn anyone away based on their inability to pay.

3. The Help Talk is an online counselling platform for licensed and registered therapists to provide therapy services to clients in a convenient, affordable, and confidential manner.

Alternatively, you can hit up Befrienders KL or Lifeline Association of Malaysia for free counselling services through phone calls.

You Do You, Take Your Time

Ultimately, therapy is for self-recovery as well as self-discovery. It isn’t just one thing. It opens up new doors for you to explore and learn all parts of yourself, even the sharp edges. It’s good to be optimistic, but realistically, one therapy session isn’t going to suddenly make you feel better or cure you. It takes some time.

As my therapist says: don’t look down while you’re still rising up. You have a huge character, and you’re only just starting.

If talking about therapy and healing interests you, may I suggest a particularly fascinating take on mental health in a Malaysian movie: 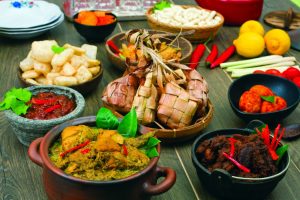 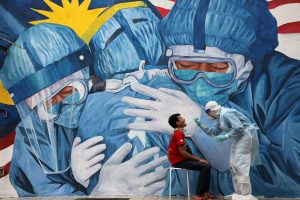 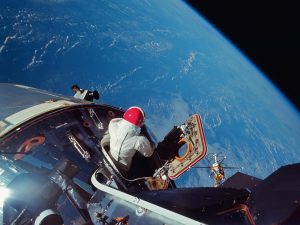 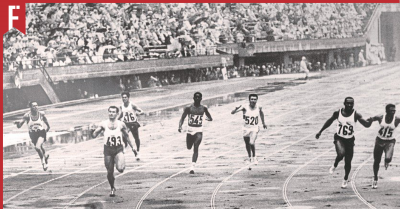