If you grew up in a Chinese family, you probably had to take part in the “spring cleaning” event right before every Chinese New Year. For most families, this would be a simple job; mopping the floor, throwing out any clutter, etc.

For my family, however, this was when my mum would rearrange all our furniture Feng Shui style to “bring in good luck”.

When I grew up, I never had any patience for all this Feng Shui stuff. As far as I was concerned, all it meant was a couple of days of being forced to move furniture around while the grown ups looked at weird charts and argued over the perfect angle or whatever.

Personally speaking, one of the most confusing things about Feng Shui is how nobody around me seemed to be able (or willing) to explain what it actually is. It took me waaay too long to even get a basic idea.

What is Feng Shui?

To put it simply, Feng Shui is an old Chinese form of geomancy. It aims to create a balanced and harmonious environment by arranging buildings, objects or even empty spaces in just the right way. It is believed that doing so will allow you to harness the flow of life energy called chi (a.k.a. qi, ki, etc.).

What exactly is chi? Well, think of it as an invisible current of water flowing across the entire world.

When chi flows properly through your home, you get good health, wealth, love life and all those other nice things. On the other hand, when your home chi is blocked, the opposite happens. You get sick, all your money disappears, your girlfriend suddenly runs away with some hot foreigner, etc.

In Other Words… It’s All A Bunch of Mumbo Jumbo?

But if it’s all just a bunch of woo-woo mystical nonsense, how has Feng Shui been able to last for so long?

The answer is simple: despite looking like nonsensical fluff, Feng Shui actually works!

To be clear, there is currently no real scientific evidence that decorating your house Feng Shui style can give you good luck — mainly because it’s really hard for scientists to measure stuff like “good luck” or even “chi“.

In other words, the whole chi and fortune thing may be bunk, but designing your home properly can actually make you feel better.

Feng Shui Belief: Traditionally speaking, houses that face a T-junction are bad because they get a lot of negative chi. These places are known as “Poison Arrow” because the prolonged influence of bad chi will start affecting your mental health.

Logical Explanation: I don’t know about negative chi, but a house facing a T-junction is definitely a bad idea.

Why? Because your front entrance and windows are all directly in front of incoming traffic. If you’re in front of a busy road during the night, all those bright headlights will be shining directly at you.

To make matters worse, studies from the UK’s Road Safety Foundation have found that three-way T-junctions have a higher risk of crashes, especially when it comes to older drivers. Even if you’re not directly involved, hearing a car crash just outside your home is bound to be pretty stressful, especially if it happens regularly.

2. Brighten Up Your Main Entrance

Feng Shui Belief: According to traditional Feng Shui, the front door is one of the most important parts of your home. It is referred to as the “mouth of chi” because it represents how much energy enters your home. Keeping it bright and clean will attract good energy, while a front entrance that’s dark and gloomy attracts a lot of bad energy instead.

Logical Explanation: Think of it this way — what’s the first thing your guests will see when they walk into your home? A clean, brightly lit entranceway will feel a lot more welcoming than a dark and messy one.

Aside from that, a brightly lit environment can also have an effect on mental issues such as depression and sleep disorders. Natural light in particular can really improve your mood, allowing you to feel happier and more productive as you start your day.

3. Get Rid Of Your Clutter

Feng Shui Belief: Clutter is considered a big no-no in Feng Shui because it clogs up the natural flow of energy. Remember how I described chi as an invisible river? Well, having too much clutter acts like a dam. No flowing chi, no good luck.

Logical Explanation: Chi or not, having a house full of clutter does have a significant impact on your mental health. Studies have found that living in a messy, disorganised home can affect not just your stress levels but your self esteem too.

It even has a negative impact on your social life! Think about it — how many of you would be willing to invite people over if your home’s a mess?

In the words of Marie Kondo, having a clean, tidy home will “spark joy” for anyone who lives there.

Feng Shui Belief: Generally speaking, mirrors are believed to reflect and multiply the energy directed towards them. As such, there are a million and one rules about the perfect mirror position. However, one of the big rules is to avoid placing mirrors over your bed as it will add a spiritual “weight” that makes it harder to sleep.

Logical Explanation: As someone who’s slept underneath a loosely hanging picture before, I can tell you that having something fall on top of you in the middle of the night is really bad for your sleep. Having something that can fall on you during your sleep and shatter into a hundred sharp pieces of glass is a lot worse.

In other words, don’t hang something above your bed that could potentially kill you if it falls in the middle of the night.

Feng Shui Belief: In Feng Shui, living green plants represent the wood element, which is said to inspire traits such as hardiness, healing and growth. A plant with soft, rounded leaves is good, while spikier plants such as cactuses are considered bad as it is believed that the sharp points drain personal energy.

Logical Explanation: The results are clear. Having access to indoor plants makes people feel more comfortable, soothed and at ease. Studies have found that indoor plants can reduce stress levels, sharpen your attention and even boost your productivity!

As for the cactus thing… let me put it this way: if you’re living with pets or small children, would you really want to have a sharp, spikey plant lying around for someone to trip over?

So… Do I Believe in Feng Shui Now?

But do I believe that there might be a logical reason behind Feng Shui? Yeah.

While a lot of Feng Shui advice can be useful, I personally don’t have the time or inclination to get into the whole five elements, yin-and-yang stuff. If that’s what you’re into, then great! But even if you don’t really believe in it, after taking a closer look, you have to admit that a lot of it does kind of make sense, even in modern times.

And if you’re looking for more helpful interior design advice — something that’s not involving ancient Chinese magic stuff — then be sure to check out: 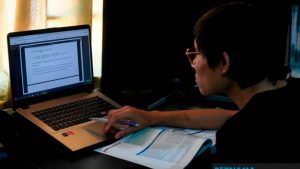 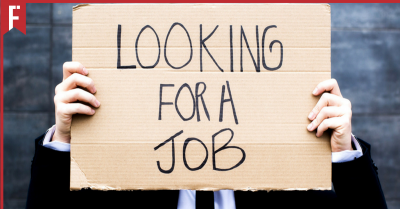 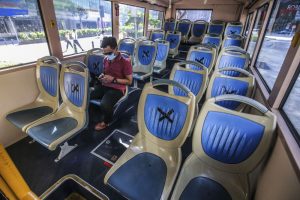 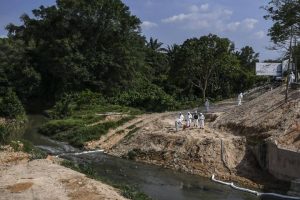